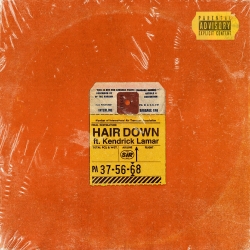 Sir Darryl Farris (born November 5, 1986), known mononymously as Sir (stylized as SiR), is an American singer, songwriter and record producer from Inglewood, California. He is signed to Top Dawg Entertainment and released his debut album on the label titled November on January 19, 2018.

Sir Darryl Farris grew up in a musical family with his mother, brothers, and cousin being gospel singers in Inglewood. He earned a degree in recording arts and developed his songwriting, arranging, and production skills. His mother was a backup singer for Michael Jackson and Anita Baker, and his uncle Andrew Gouche was a bassist for Prince. He is the younger brother of D Smoke, the inaugural winner of Netflix’s reality show Rhythm + Flow.

In 2007, SiR joined a songwriting group called WoodWorks with his brothers and his cousin Tiffany Gouché, who wrote songs for Jaheim and The Pussycat Dolls. He landed a job engineering for Tyrese Gibson in 2012 while quietly developing his craft as a songwriter. After meeting the songwriting duo Dre & Vidal, he went on to work with Anita Baker and, from 2011 through 2015, co-wrote material for the likes of Ginuwine, Jill Scott, and Stevie Wonder. In 2014, he featured on Anderson .Paak's album Venice.

On July 31, 2015, SiR released his first independent album titled Seven Sundays, which got the attention of Dave Free. He was later featured on Jay Rock's 90059 on the song "The Ways", and Isaiah Rashad's The Sun's Tirade on the song "Rope / Rosegold". On October 6, 2016, SiR released the EP titled HER which includes a feature on "Cadillac Dreams" from Big K.R.I.T.. In January 2017, it was announced that SiR signed to Top Dawg Entertainment. On February 10, 2017, he released his first EP on the label titled HER TOO with Anderson .Paak as a guest appearance. On January 18, 2018, SiR released his major label debut album November.