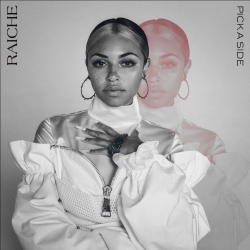 Newest sensation, Raiche is quickly catching the ears of many with her breezy vocals and refreshingly unique singing style. She’s managed to fuse her soulful roots with a little pop, crafting her distinctive sound. With her confidence, consistency and overflow of positivity, the ambitious musician is undeniably on her way to becoming your next favorite artist.

Growing up in Pittsfield, Massachusetts, just two hours outside of Boston, Raiche found music at an early age. Her mother, a worship leader, would bring her then six-year-old daughter to her practices. “A lot of times I would just grab a mic and practice with her,” Raiche recalls. The spark was evident early, and it wasn’t long before Raiche was starring in church and school plays. By high school, her guitar-strumming sister would inspire her to perform in local talent shows, though when her sister moved off to college, Raiche took her skills online.

“I kind of backed away from the crowd, and chose to focus on my music,” she says. A popular girl turned loner, Raiche would focus on her craft, uploading cover videos to YouTube—the first being Lana Del Rey’s “Summertime Madness” single. “I put on red lipstick for the video; I thought I was SO poppin,” she says with a laugh. But bigger than that, Raiche saw promise in herself, evidenced by the small buzz that was brewing from her videos. “I was like, ‘Wow! I can actually do this.’”

Upon graduation, she was looking to attend Full Sail University, though problems with her family’s business thwarted her college plans. Raiche tabled that goal (along with her music) and chose to help her family, taking on multiple jobs and helping with the bills. A tumultuous relationship also put Raiche in a position where her dreams no longer felt within reach. “I believe in God, so I felt like if it was meant to be it would be,” she expresses.

Some encouraging words from her Nana (“She basically kicked me out of town,” she jokes) led Raiche to finally leaving the small town of Pittsfield and moving to Boston, where she became enmeshed in the nightlife scene thanks to her sister. In Boston she met local legend DJ Knock Out, who became a big brother figure to her. The idea of a music career came back into her mind, though after Raiche had to move back to Pittsfield to help her family once more, she began posting snippets of her singing over Instagram. One in particular—a brief cover of Ariana Grande’s “Love Me Harder”—caught DJ Knock Out’s eyes and ears. He scheduled a meeting with Raiche in Roxbury with the crew that would ultimately become her GDE production team. GDE helped Raiche hone her skills and work towards the goal she always wanted for herself, but couldn’t fathom.

“They believed in me when I didn’t believe in myself,” she says of her team. She cut a demo EP of cover songs, and while Knock Out was on tour with Sevyn Streeter, he met singer/songwriter Prince Charlez. The two forged a friendship, and once Charlez heard her demo, the “Money Pies” would soon arrive. Her music hit the streets, labels inquired, and the rest is history. Now the proud signee of Atlantic Records, Raiche is geared to make an impact on the world.

While the road here hasn’t been easy, Raiche is proof that working hard and having talent can truly pay off with patience. “My mission is to work hard and keep going, no matter what,” Raiche says with confidence. “And to make music that reflects solid, positive energy along the way.”

In 2019, Raiche introduced her highly anticipated debut EP DRIVE, which followed her breakthrough release of “Money Pies” (2018). The track earned immediate media attention upon its summer arrival, with Essence writing, “If you’re looking for a new bop, add Raiche’s ‘Money Pies’ to your rotation.” “Money Pies” was accompanied by a stunning visual directed by the all-female Verluxe collective, and later followed with “Complicated.” DRIVE was later celebrated with the release of a compelling visual.

The year also marked the announcement of her tour run across 12 sold-out cities with labelmate Pink Sweat$ on The Pink Beginnings Tour, starting in Vancouver, BC and wrapping in Toronto, ON.

In 2020, Raiche introduced a series of quarantine-style music videos, including “Drive” and the in-studio version of “Complicated.” In addition, this year features standout releases such as “Pick A Side” and “Funeral” from her upcoming album, best described as her “Coming of Age” project and an exploration of self-discovery, self-love and self-acceptance.

As if that weren’t enough, “Drive” was recently featured in the acclaimed series Self Made: Inspired by the Life of Madam C.J. Walker on Netflix.