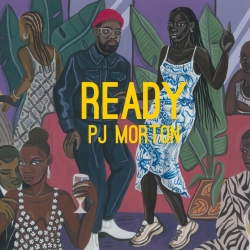 PJ Morton is an American musician, singer, songwriter and record producer. Since 2012, he has been one of the keyboardists, alongside Jesse Carmichael, for the pop rock band Maroon 5. Morton originally joined the band as a touring member in 2010 and became an official member in 2012 after Carmichael went on indefinite hiatus (he returned to the lineup in 2014).