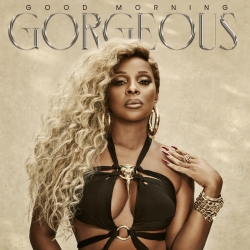 Born in the Bronx, New York, Blige began moving people with her soulful voice when at 18 she signed with Andre Harrell’s Uptown Records in 1989, becoming the MCA-distributed label’s youngest and first female artist.

Influenced at an early age by the music of Aretha Franklin, Chaka Khan and Gladys Knight, Blige brought her own gritty, urban-rooted style — fusing hip-hop, soul and honest, frank lyrics — to the forefront on her 1992 debut album What’s the 411? The multi-platinum set, executive produced by Sean “Diddy” Combs, quickly spun off several hits, including two No. R&B No. 1s: You Remind Me and Real Love.

Blige helped redefine R&B and began forging a unique niche for herself on the more personal second album, 1994’s My Life. Blige is an artist that uses her gift of song to lift spirits and touch lives while bringing her heart, soul, and truth to those who are willing to listen. She is loved for her passionate, chart-topping hits like “Be Without You”, “No More Drama” and “Family Affair” all of which have made her a force in music.

Thus began the Blige movement: connecting legions of fans that identify with and have accompanied her throughout her personal travails and growth—all fearlessly related through her music. Each subsequent album reads like a chapter from an autobiography: Share My World (1997), Mary (1999), No More Drama (2001), Love & Life (2003), the multiple Grammy-winning and hit-spewing The Breakthrough (2005), Growing Pains (2007), Stronger with Each Tear (2009), My Life II... The Journey Continues (2011), A Mary Christmas (2013) and The London Sessions (2014). Along the way, she’s lined up a string of hit singles, including Not Gon’ Cry, Love Is All We Need, Seven Days, All That I Can Say, Family Affair and Just Fine.

Blige most recently released her 14th studio album Strength of a Woman in 2017. The first single, “Thick of It,” held the number 1 spot on the Urban AC Chart for 16 consecutive weeks after its release in November. Blige also scored her latest #1 single off this album with “U + Me (Love Lesson).”

On the acting side, Blige starred as Florence Jackson in the 2017 Netflix breakout film MUDBOUND, to which she received critical acclaim including two Academy Award nominations for Best Support Actress and Best Original Song. She starred in the Netflix series “The Umbrella Academy,” which premiered on the platform in February 2019.

On the producing side, Blige launched her production company, Blue Butterfly, and signed a first-look TV deal with Lionsgate. Blige also entered the fashion and beauty realm with her jewelry line “Sister Love” with long-time friend Simone I. Smith, and her “Love Me” lipstick line with MAC Cosmetics.

Blige most recently starred in Paramount’s Body Cam, alongside Nat Wolff, that was released digitally this May. Blige also dropped a new single entitled “Can’t Be Life,” an original song for Body Cam that speaks candidly to the current times. The song is available on Apple Music and Spotify and is featured over the end credits of the film.