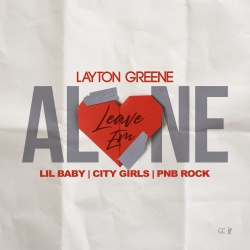 A vocalist who takes inspiration from R&B and hip-hop, Layton Greene became an overnight star in late 2017 when a homemade video of her singing Kodak Black's "Roll in Peace" went viral and gave her an audience of millions.

Greene was born in St. Louis, Missouri, on December 4, 1998. She grew up with a love for music and sang for her own enjoyment, but didn't begin taking it seriously until she was 18 years old. Greene began making videos of herself singing some of her favorite tunes and posting them on social media. One of them was a version of Kodak Black's "Roll in Peace," with Greene putting her own spin on the lyrics. To her surprise, after posting it, the clip began attracting attention far beyond her circle of friends, going on to receive more than half a million views. Greene next partnered with producer G-Styles, recording a more professional version of what she called her "Roll in Peace Remix," and after it was posted online in November 2017, it exploded, receiving over three and a half million plays. The track became popular enough to rise to number 12 on the Hot R&B Songs chart. A few days before the end of 2017, Greene dropped her second studio track, an interpretation of Derez De'Shon's "Fed Up" that she called "Fed Up Remix." With G-Styles once again at the controls, Greene had recorded another success, and she celebrated by quitting her day job at a restaurant to focus on music full-time. In 2019, she released the single "Leave Em Alone," which also featured Lil Baby, City Girls, and PnB Rock.