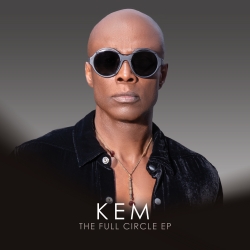 Kim Owens, better known by his stage name Kem, is an American R&B/Soul singer–songwriter and producer. Born in Nashville, Tennessee, Kem was raised near Detroit, Michigan.

Kem wrote, produced, and financed his self-released debut album, Kemistry, with his American Express card and by singing top 40 cover tunes in a wedding band and waiting tables. He was signed by Motown Records in November 2001, which re-released the album on February 25, 2003. It sold more than 500,000 copies nationwide and was certified Gold by the RIAA. The album's only official single is "Love Calls".

In 2013, Kem was featured on "My Favorite Thing", with American recording artist Ronald Isley who Kem wrote and produced for. The song is the second single from Isley's album This Song Is For You.

On August 25, 2014, Kem released his fourth studio album, Promise to Love. He performed the Grammy-nominated song "Nobody" from the album on the syndicated daytime talk show Steve Harvey during the fourth season. On August 28, 2020, he released his fifth studio album, Love Always Wins, which includes the singles "Lie To Me" and "Live Out Your Love" featuring Toni Braxton.