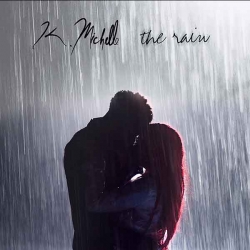 Kimberly Michelle Pate, better known by the stage name K. Michelle, is an American R&B singer, songwriter, and television personality. In 2009, she signed a deal with Jive Records and released her first R&B-charting single called "Fakin' It" featuring Missy Elliott. After the release of "Fakin' It", she released three other R&B songs – "Fallin'", "I Just Can't Do This", and "How Many Times" – all three songs attained spots on the charts before Michelle left the label. In 2012, Michelle was added to the cast of VH1's reality series Love & Hip Hop: Atlanta. Appearing on the show led her to signing with Atlantic Records and releasing her long-awaited debut album Rebellious Soul on August 13, 2013. The album was a commercial success, debuting at number 2 on the US Billboard 200, and number one on the US Top R&B/Hip-Hop Albums charts.