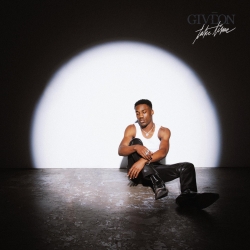 Giveon Evans is an American singer and songwriter. He is best known for his feature on Drake's single "Chicago Freestyle", which peaked at number 14 on the Billboard Hot 100.

Evans was born on February 21, 1995, in Long Beach, California. He did a music education program at the Grammy Museum.

Evans released his debut single "Garden Kisses" in August 2018. In 2019, he was a part of Snoh Aalegra's European and North American tour.

In February 2020, Evans was featured on Drake's single "Chicago Freestyle", which was only uploaded to SoundCloud and YouTube at the moment. In March 2020, Evans released his debut EP, Take Time, under Epic Records. The album peaked at number 99 on the Apple Music albums chart in the United States. The EP was critically acclaimed, with many calling it "breathtaking" and "polished".

In May 2020, "Chicago Freestyle" was released for streaming, along with Drake's mixtape Dark Lane Demo Tapes. The song peaked at number 14 on the Billboard Hot 100, earning Evans his first Billboard-charting single.