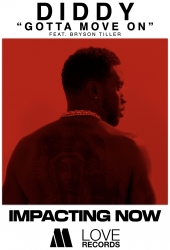 Sean Love Combs, also known as Puff Daddy, P. Diddy, Diddy, or Puffy, is an American rapper, songwriter, record executive, and entrepreneur. Born in New York City, he worked as a talent director at Uptown Records before founding his own record label, Bad Boy Records in 1993. Combs has produced and cultivated artists such as The Notorious B.I.G., Mary J. Blige, and Usher.

Combs' debut album, No Way Out (1997), has been certified seven times platinum. The album was followed by Forever (1999), The Saga Continues..., (2001) and Press Play (2006), all of which were commercially successful. In 2009, Combs formed the musical group Dirty Money; together, they released their highly successful debut album Last Train to Paris (2010).

Combs has won three Grammy Awards and two MTV Video Music Awards and is the producer of MTV's Making the Band. In 2019, Forbes estimated his net worth at $740 million.[6] In 1998, he launched his own clothing line Sean John. He was nominated for the Council of Fashion Designers of America (CFDA) award for Menswear Designer of the Year in 2000 and won in 2004.