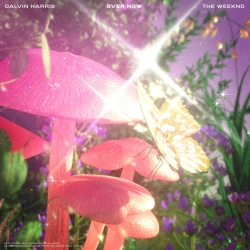 Adam Richard Wiles, known professionally as Calvin Harris, is a Scottish DJ, record producer, singer, and songwriter. He is known for his singles "We Found Love", "This Is What You Came For", "Summer", "Feel So Close", "Outside", "Feels", and "One Kiss". His collaboration with Rihanna, "We Found Love", became an international success, giving Harris his first number one single on the US Billboard Hot 100. He has released five studio albums and runs his own record label, Fly Eye Records, which he founded in 2010.

His debut studio album, I Created Disco, was released in June 2007. Its singles "Acceptable in the 80s" and "The Girls" both reached the top 10 in the UK. In 2009, he released his second studio album, Ready for the Weekend, which debuted at number one on the UK Albums Chart and whose lead single, "I'm Not Alone", became his first song to top the UK Singles Chart. In 2012, Harris rose to international prominence with the release of his third studio album, 18 Months, which topped the UK Albums charts and became his first album to chart on the US Billboard 200, peaking at number 19. All eight of the album's singles reached the top 10 in the UK, breaking the record for the most top 10 songs from one studio album on the UK Singles Chart with eight entries, surpassing Michael Jackson's record. In 2014, he released his fourth studio album, Motion, which debuted at number two in the UK and number five in the US. In 2017, he released his fifth studio album, Funk Wav Bounces Vol. 1, which reached the top 2 in the UK and the US and became his third consecutive number one album on the US Dance/Electronic Albums chart.

In October 2014, he became the first artist to place three songs simultaneously on the top 10 of Billboard's Dance/Electronic Songs chart. He also became the first British solo artist to reach more than one billion streams on Spotify. Harris has received twelve Brit Award nominations–winning British Producer of the Year in 2019, and four Grammy nominations–winning Best Music Video in 2013. In 2013 he also received the Ivor Novello Award for Songwriter of the Year from the British Academy of Songwriters, Composers, and Authors, and was named the Top Dance/Electronic Artist at the 2015 Billboard Music Awards. He appeared on Debrett's 2017 list of the most influential people in the United Kingdom. He topped Forbes' list of the world's highest-paid DJs for six consecutive years from 2013 to 2018.

His next single "Giant", a collaboration with English singer Rag'n'Bone Man was released in January 2019, peaking in the top 10 in several countries, including at number 2 in the UK. That year, mega-club Ushuaïa Ibiza booked Harris for a weekly Friday DJ residency for six weeks in August and September, 2019.

On 22 August 2020, Harris announced his new song called, "Over Now" with Canadian singer The Weeknd. The song will be released on 28 August 2020.